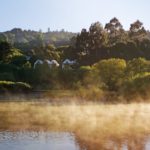 Lake House is one of Australia’s most highly awarded gourmet retreats, combining superb cuisine, a magnificent setting and impeccable service.

The white gabled structure is located in Daylesford within Victoria’s tranquil Spa Country region, a place of invigorating mountain air, starry night skies and sparkling natural waters. But it’s the visionary work of founder and gourmet chef Alla Wolf-Tasker that sees the Lake House admired by epicureans from all over the world. Her dishes have been called ‘inspired’, ‘masterful’ and ‘world-class’.
Guests stay in one of 33 rooms and suites carefully sited among six acres of manicured gardens, waterfalls and streams, many of them facing onto beautiful Lake Daylesford.
Salus Spa offers a full menu of restorative soaks and treatments using, of course, the famous health-giving mineral waters that bubble from the ground.
The town of Daylesford, popular in the early 20th century for its restorative spa treatments, is now equally renowned for its historic streets, bubbling café culture and flourishing arts community. The art on display in Lake House is an important part of the feel – and culture – of the retreat.

In a large kitchen obscured behind the main dining room’s bar, Wolf-Tasker and the restaurant staff transform [local] bounty each day into an abundant breakfast buffet, a hearty lunch, and a memorable dinner that showcases the best that the state of Victoria—and these gifted chefs—has to offer. – The Robb Report (US)

Known since the time of the Aborigines as a place of healing, the region boasts the largest number of natural mineral water springs in Australia and the largest concentration of holistic therapists in the Southern Hemisphere. Whatever the latest in natural therapies, it is already here and probably being practiced by the very best. Rolfing, the Alexander technique, reiki, shiatsu, ear candling, bipolar therapy, chakra realignment, traditional Chinese therapies and acupuncture sit alongside more mainstream sports medicine, massage, chiropracty and physiotherapy.

The region is also overflowing with scenery – towering escarpments, fern-teased waterfalls, rolling farmland, rows of vines and lavender fields all make for an especially picturesque destination. Admire spectacular views over Melbourne from the summit of Mount Macedon or climb the volcanic flanks of Mount Franklin; the region’s most celebrated landmark is Hanging Rock, a six million-year-old dormant volcano hiding caves, crevices and eerie rock formations.

The region is also prized for its rich soils and farmland. Winemakers, local growers and artisan food makers contribute to some of the most flavoursome food trails winding through stunning country. Add lively histories of gold discovery (the world’s largest nugget was found near here) and pastoral endeavour, and you have a region that serves up something very special.

Enjoy a pleasant stroll or a more challenging hike on any of the walking tracks leading from the property around Lake Daylesford and into the Wombat State Forest.
Guests are also welcome to a hit of tennis on the full-size court.
Salus Spa has a menu of treatements, including a seasonally adjusted specialty to reinvigorate and revitalise. (Costs apply.)

An icon in regional dining, Lake House has long been regarded as one of Australia’s best restaurants. Seasonal produce-driven menus are strong on underlying technique and pay homage to the efforts of regional suppliers. A team of talented cooks under the direction of Executive Chef Alla Wolf Tasker work from the ground up to produce virtually everything, from house baked breads to an extensive charcuterie range.
The restaurant dining room is sunlit by day, offering magnificent views through its expanse of windows. Guests enjoying drinks at dusk on the outdoor terraces witness the daily ritual of the resident kookaburra family flying in to be fed.
Lake House offers “fine dining with its top button undone”.

These individually configured and decorated rooms are nestled between private courtyards, gardens and terraces. They’re clustered around a stylishly-appointed and comfortable lounge, complete with billiard table and open fire.

These picturesque rooms are complete with balconies that overlook lake Daylesford. They have a king or twin bed set up; the contemporary ensuite includes dual shower.

Accessed by a bridge over the cool fern gully, the Waterfront Suites are ideal for an indulgent overnight escape or an extended blissful retreat. The Suites are spacious and luxurious with large balconies or terraces overlooking the lagoon and the lake shore. Each suite is furnished with contemporary interiors, king or twin bed, easy chair and ottoman. There is a walk-in robe, extensive bar area and an ensuite with dual shower and dual spa bath.

The Lake House is suitable for travel all year round, with minimum night stay requirements over weekends and public holidays. 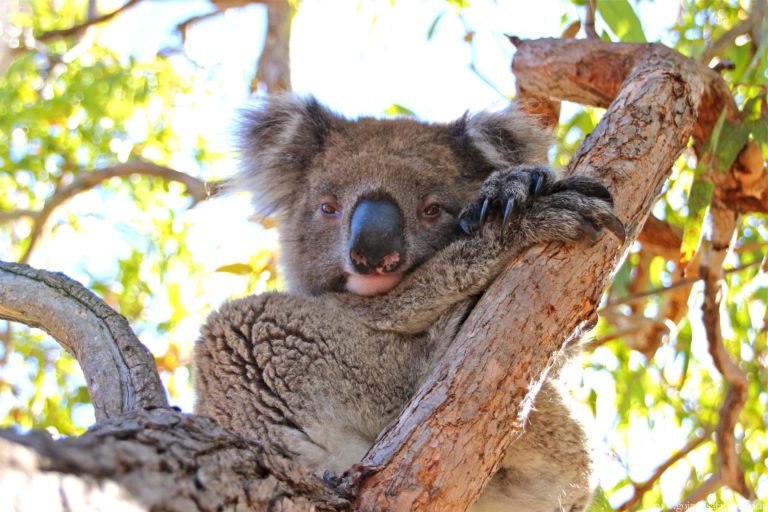 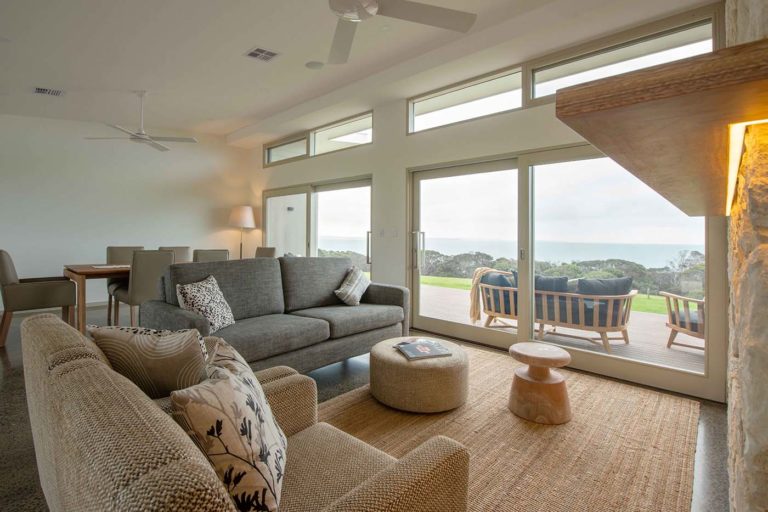